This 5-day road trip is an Andalusian adventure, starting and ending in Lonely Planet’s 'best in travel' city for 2018, Seville. You’ll visit ancient Roman and Moorish sites, some of which have featured in Game of Thrones. Taste the diverse and fresh cuisine of the region and soak in exclusive bathhouses.

Your trip will start in the vibrant and sunny Seville. Capital of the Andalusia region in Spain, the city has also been named Lonely Planet’s top city for 2018. It’s not hard to see why Seville has ranked first. It is home to Mudéjar architecture (the mix of Moorish and Gothic styles), fantastic tapas, Flamenco and art.

In Spain the days are long and unhurried so take your time to enjoy the vibe of Seville in the morning over brunch. We recommend La Cacharreria, it’s located in a popular tourist area but is reliable and you could choose to eat inside or out on a terrace – perfect for people watching. If you want something a little bit more relaxed, try breakfast tapas at Berrinche (fun fact: Berrinche means tantrum in English).

Next, walk around town and visit a few essential monuments. Start off your self-guided tour by visiting Plaza de España, a large plaza located within Maria Luisa Park. Then, venture on to the Royal Alcázar of Seville, arguably the most beautiful gem in Seville’s collection. This site was once a palace for Moorish Muslim kings and dates back to the mid-14thcentury. Also for your knowledge, it was the setting for much of Dorne in season 5 of Game of Thrones. So if you’re a fan you should definitely check out the home of the Martells at the Royal Alcázar.

Other spots to check out include Plaza del Triunfo, Torre del Oro and the Catedral de Sevilla. They are all only within about a 10 minute walk to each other, too. Honestly though, that is only a small collection of Seville’s amazing sites – there are many more to choose from.

In the evening, watch a traditional Flamenco show at somewhere like La Casa del Flamenco. Tapas-style dinner can be found at restaurants and bars late into the night. 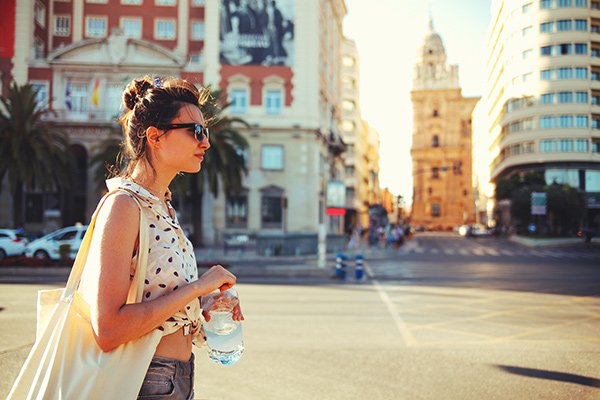 Today you are departing Seville for Malaga. Leave the city via the A-92 and follow this until turning right on to the A-45, which will take you to Malaga. The drive takes 2 hours without much traffic.

Malaga sits on the coast of the Mediterranean Sea and is the hub of the Costa del Sol region. It’s a buzzy resort town and becomes quite eventful in summer. Beyond the beaches and cocktails, however, are historic buildings, luscious gardens and hidden away restaurants.

Depending on what time you arrive you could either get a coffee at a café or have a lazy lunch overlooking the ocean along Paseo del Muelle Uno. Malaga is known for its seafood, so be sure to get some famous fried fish.

Fun fact, Pablo Picasso was born in this city in 1881 and you can visit the Picasso Museum which contains over 285 works donated by his family members.

About a 3 minute walk away is an ancient Roman amphitheatre dating back to the 1st century AD. Although the ruins may not seem like much, the on-site museum sheds light on what life would have been like for the people of its time.

Spend the late afternoon at the 23-hectare Malaga Botanical Gardens (Jardín Botánico-Histórico La Concepción). The 150 year old park is home to a tropical wonderland and has an extensive array of plants and animals from around the world.

Spend the night dancing or chilling at Plaza de Uncibay or Plaza de la Merced. Both have clubs and bars that are mostly open until 4am.

Leave Malaga via the A-45 or the A7, both will take you to Granada in about an hour and a half, depending on traffic. We recommend the A7 coastal route as you’ll get fantastic views of the sea.

We think Granada is one of Europe’s best kept secrets. The main highlight of the city is the awe-inspiring citadel of Alhambra, once the last remaining stronghold of the Moorish Kings of Spain. It’ll take you about 2 hours or so to explore. Afterwards, wander over to Generalife – once a summer palace and country estate for Nasrid rulers.

For a more sombre experience visit the Royal Chapel of Granada, where Isabella I of Castile and her partner, Ferdinand II of Aragon were laid to rest in ornate tombs 500 years ago. It’s also right by the Catedral de Granada.

Spend the night at a tapas bar where you can eat and drink until late. We recommend the well-known Bodegas Castañeda or Barlos Diamantes for a long and delicious night. 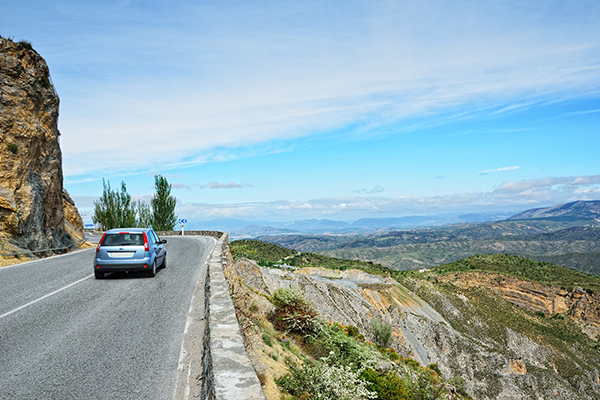 You’ll be heading to Córdoba today, which was once Spain’s Roman and Moorish capital. From Granada take the A-92 until the A-45 – on which you’ll turn right at. It’s about a 2 hour drive in total.

Córdoba has a very long and interesting history like much of its Andalusian neighbouring cities. It was a Roman settlement and later became the capital of the Islamic Emirate of the Iberian Peninsula. It was a vibrant place known for fine workmanship, and as a hub of the Muslim golden age. In the 13th century it was captured by Christian forces.

Today Cordoba has the second largest ‘Old town’ in Europe and you can find Roman and Moorish ruins and remains scattered across the city.

If there’s one thing you see here it’s the Great Mezquita (Mosque) of Cordoba. The history of this site goes back to the time of the Roman occupation, where a temple probably stood. It was turned into a church in the 6th century, then a mosque in the 8th century, and finally, a catholic cathedral. There is so much to see here, we recommend getting here as early as possible; from 8:30 to 9:30am each morning attendance is free and the Mosque is usually quiet at this time.

Following the Arabic theme, visit an Arabic Bath. Set in the Jewish quarter, Hamman Al Andalus is a spa complex with a number of relaxing pools, steam rooms and the option for treatments such as massages. With all the exploring you’ve been doing, this is a great time to just sit back and relax.

Finish the day with a late dinner at Taberna Luque, it’s definitely earned its reputation as one of Cordoba’s top spots. The rabbit, grilled squid and cheesecake all come highly recommended. We’re getting hungry just thinking about it…

Today you’ll be heading back to where it all started in Seville. The drive takes about 1 and a half to 2 hours and if you go via the A-431 you can visit the Castillo de Almódovar. Fun fact, this castle was used as the home of the Tyrells in Game of Thrones and dates back to the 8th century.

With any of the cities mentioned above, feel free to stay extra nights if you have the time. The Andalusian region has a long and complex past – going back to the Roman occupation, the Visigoths, Moors and finally the modern Spanish as we know them today.

The history alone would make this area worth visiting, but then there’s the quality of food widely available and the arts and culture. So hop in a car and enjoy Andalusia! 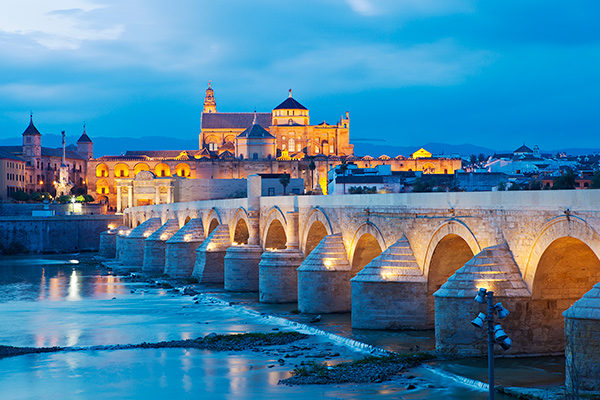